Nick joined the firm in 1994, he become partner in 1999 and eventually he became the sole director in 2007. Having lived in South Africa briefly during his early teens, Nick was introduced to world of accountancy and double entry book keeping as part of his schooling. Nick joined the profession at just 16, initially concentrating on accounts and latterly specialising in tax. He worked for the top Birmingham firm Price Water House and Coopers, following the merge they are now commonly known as PWC. During his time with Coopers, he worked up to Financial & then Administrative Manager overseeing a team of 19 people, during which he specialised in expat work.

With three young children at home at the time, Nick decided to make the move back to Nuneaton. With over 40 years’ experience, he has a wealth of knowledge that’s hard to rival. Having dealt with the construction industry and specialising in personal & business tax planning, he is the man to advise on how to maximise your wealth individually or for your business. Nick also has extensive experience with tax investigations, from specific enquires to full in depth.

When Nick isn’t working, he loves nothing more than burning off some adrenaline either running, cycling, roller skiing around the countryside or in the winter months, hitting the slopes. He also enjoys spending time with his wife, grandchildren and beloved springer spaniel. Watch out if you are driving around the Fenn Lanes, you might just see Nick roller ski past! 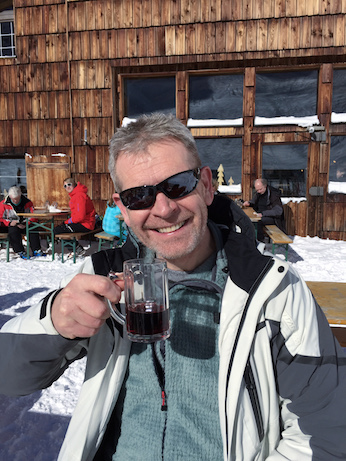